If you’re anything like me, trying to keep up in the book world, you’re probably overwhelmed by how massive it is. If you’re a writer, one of your thoughts is likely, “I made this! Er, now who’s going to see it and read it and like it and spread it around? There are a gazillion writers out there, and everyone’s following everyone and we just move on so quickly!” We might all be a little like poor Lisa Simpson. I admit it: I am.

I don’t know, maybe this is why a bunch of writers decided to do a blog hop, to share writers they know and admire, as well as their own work and their creative process. Any post, on FB, Twitter, or on a blog, is a crap shoot, but on a blog, if you have subscribers, you have a better chance of reaching people.

I’m grateful that Brent van Staalduinen, who tagged me, includes me in his idea of what constitutes a writer. I have far less published than most of the people who’ve participated in this writers game of tag. Still, I said yes. C’mon. I want to belong.

I’ve known Brent since university. We did some work together on the school paper. We wrote stuff. One night, while we were walking back to our respective dorms through the parking lot we called Siberia, Brent shared something with me that only family members and very close friends do. We laughed our heads off, and I was torn between feeling flattered and too much like one of the guys. Since then, and since reading his stories he’s sent me or that have been published, I’ve gained more, serious respect for the man. We’d lost touch for years, but then found ourselves in the same circles online. Reading his work again, it seemed he came from nowhere: suddenly he had all this true talent and a shit-ton of really good material. Left me in the dust. But I know he works hard, too. Look at this ridiculously great news page he’s got on his site.

He was tagged by Liz Windhorst Harmer. Brent said, “Liz is the kind of writer you stop watching at your peril: if you think you’ve been hearing rumbles in the Canadian literary scene, it was probably her, writing razor-sharp pieces, winning awards, and changing lives with her cut-right-through-you insights.” And Liz was tagged by Amanda Leduc, a dear friend of mine who then came out with this great novel that I got to copy edit. The Miracles of Ordinary Men blew me away, especially at the end. It’s brave and beautiful and fierce and original and you should read it, because it deserves a greater readership, and because there are two more books she’s written that are loosely connected to it.

Now to the questions.

1. What are you working on?

I just finished the first draft of a short story called “Find Me in Fiction.” It was inspired by a text I sent to my sister. That’s often how it happens: I start writing to someone and it feels like the first line or  title of or inspiration for a story. This time, we were in Chapters and I was telling her where to meet me when she was done work at Starbucks. This story’s a short one, under 1500 words (for now), and it’s not like anything I’ve written before. It started out as magic realism but became something else.

I’ve also been working on several short stories for a collection called Nothing Ever Happens Here. That title was also something I wrote to someone, in an email on a particularly crappy day. The first story I finished for it was born of a line I wrote in an email after a tragic event occurred that oddly no one in town seemed to give a shit about, except me. I had so many questions, and for three years I set out to answer them in my own way. “Everything Good” is being published at Found Press in October. The other stories, about six, are all in various stages of draft or revision.

2. How does my work differ from others in its genre?

It doesn’t, really. I mean, first I don’t consider my stories belonging to any one genre. It’s just short fiction. And in that category, people write about everything. My works fits somewhere in there.

Because it interests me. In real life, the dark underbelly of society makes me quake. But in fiction, that’s what I’m attracted to—the underdogs, the low-lifes, people with emotional issues that cause them to be destructive, the terrible things that happen or that human beings suffer through or are capable of. These things resonate with me in some deep way, and I try to get to the heart of them, to answer the questions that arise from them.

I’m have no idea why, but almost all of my stories are written from the perspective of men or boys. It just turns out that I start with a male voice. It might be because when I write from this perspective, the style, especially, feels truer. When I write from a woman’s perspective, it typically comes out all Carol Shieldsy, whom I love by the way (I’ve read all her stuff). But it’s not really me. I always get stuck and lose interest. I’m guess I’m fascinated by menfolk and their mannerisms, and like to explore all that.

That’s not to say I read only men for influence. I read what appeals to me—about loneliness, tragedy, outcasts, regret, nasty doings—no matter who wrote it. I don’t care to genderize any of this, really. Aside from Daniel Woodrell and the like, Flannery O’Connor and Carson McCullers and Dorothy Allison are among my favourites. My girls, were I to start writing them, would like be like Harper Lee’s Scout, the name I always wanted.

4. How does my writing process work?

My process is more about working through drafts for as long as it takes to get what I think might be a good result. In this alone do I have patience, but otherwise I’m not one for process or routine. I work from home so I get to schedule my day however I want. And that means I don’t schedule it at all. I don’t wake up at a certain time, I don’t plan a certain number of words or pages, I don’t allot a particular time of day. To me, that would all feel like work. I don’t really have a problem writing anymore, because I really enjoy it (even when it’s sheer crap I’m putting out), so I don’t have to make sure I pencil it in. But let me tell you, it took years to get to this mental state. So much I wish I’d known earlier.

As a freelancer, there’s not much you can budget by, whether time or money. So I do what I have to do for pay, and then spend time with my writing group, or writing or reading or just thinking. For me, writing involves reading a lot of short stories by people who influence me and then at some point sitting down to create whenever I get the notion or can, which is thankfully almost often these days. My ideas come from being observant and receptive, from thinking about the ordinary in a creative way. So I’m inspired by others’ writing but also by single words or something someone tells me or a news story or daydreaming. When an idea hits, I write it down and take it as far as I can at that time. I try to write as freely as possible and I don’t allow myself any revision. I write till I’m finished for that session. Sometimes it’s a half hour, sometimes it’s an afternoon, sometimes it’s a couple of minutes. Once the first draft is finished, then I can edit or add.

And now, I get to tag a couple of others, too. Except that all the people I thought of either don’t have a blog, have done this already, or said no because they had to devote their time to writing. Respect.

Instead, then, I’ll link to writers featured on two of my favourite sites, the somewhat lesser-known ones than the Malahat or Dalhousie or Prairie Fire or Antigonish or Descant or Fiddlehead or Grain or TNQ or Prism, etc.—great mags, but where everyone goes. These two are online journals, and they publish stories regardless of who wrote them and based only on the quality of the story. This way, you get to read good stories and find new or more established writers to follow. Also, stories from these mags get considered for the Journey Prize, too. If you’re a writer, consider submitting!

Little Fiction: founded by Troy Palmer. Great stories here are: “We Gotta Save the Leg,” by Kevin Hardcastle; “Satin Lives!” by Andrew F. Sullivan; “Asking for Change,” by Amanda Leduc; and “Rescue on the Atlantic,” by Amy Jones.

If you’re having trouble writing or need help developing your story, check out the rest of my site, and contact me! I can help you.

I’m Stuck—Now What? How to Get Past Writer’s Block

Write What You Want 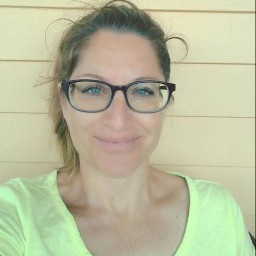